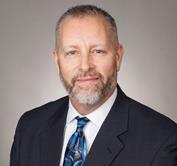 Mr. Galasso and his son, Nicholas R. Galasso, formed GALASSO P.C. in December, 2014 and have combined their talents and experience to provide clients with a wide and varied expertise in a plethora of legal areas.

In July of 2014, Mr. Galasso was appointed as a Special Assistant State’s Attorney representing DuPage County Adult Protective Services, a governmental department which provides services to the elderly. His primary role is to file actions to protect the elderly from abuse, neglect and financial exploitation by others.

Prior to that, he worked at The Stogsdill Law Firm following a successful and distinguished career as both attorney and judge. After twelve years as a private practitioner concentrating in the areas of corporations, tax, probate and divorce matters, he began his judicial career in 1995 when he was appointed Associate Judge in DuPage County. He presided over many different court calls during his twelve-year career as a judge, including serving in the criminal, civil, juvenile and domestic relations divisions. While serving on the bench in the Domestic Relations Division, he made numerous presentations to practicing lawyers and other judges in multiple areas of family law and participated as a panelist at seminars for judges and lawyers.

While in the Domestic Relations Division, he presided over several hundred cases at one time, and either settled or tried cases involving complex business litigation, contentious child custody and visitation disputes and other contested matters involving all aspects of family law.

His judicial experience bolsters his legal expertise and experience in handling disputes involving maintenance, child support, prenuptial and postnuptial agreements, removal, alienation of affections, marital and other parental rights, valuation and disposition of assets, equitable division of assets and enforcement of legal obligations required by Court Orders. His prior judicial experience as a divorce judge also allows him to assess each case from the perspective of a judge hearing the case, a valuable benefit his clients have enjoyed since he has been in private practice. He is also widely recognized as an accomplished trial attorney and skillful negotiator.

Mr. Galasso received his undergraduate degree from Illinois Wesleyan University and his Juris Doctorate from DePaul College of Law. He has served as an adjunct professor at Aurora University in Aurora, Illinois where he taught Advanced Business Law and Advanced Estate Planning, among other classes. He has two grown children, a son who is an integral part of GALASSO P.C., and a daughter living in Nashville, Tennessee, who is a senior administrative assistant at a Big Four international consulting firm.

Since 2007, he has been appointed by judges to serve as an arbitrator in divorce cases, he has served as an expert witness and he has served as a Guardian ad Litem for the 18th Judicial Circuit to represent and protect the best interests of children.

He also has been certified as an Arbitrator for the DuPage County Mandatory Arbitration Program and serves as a Chair Person of arbitration panels.